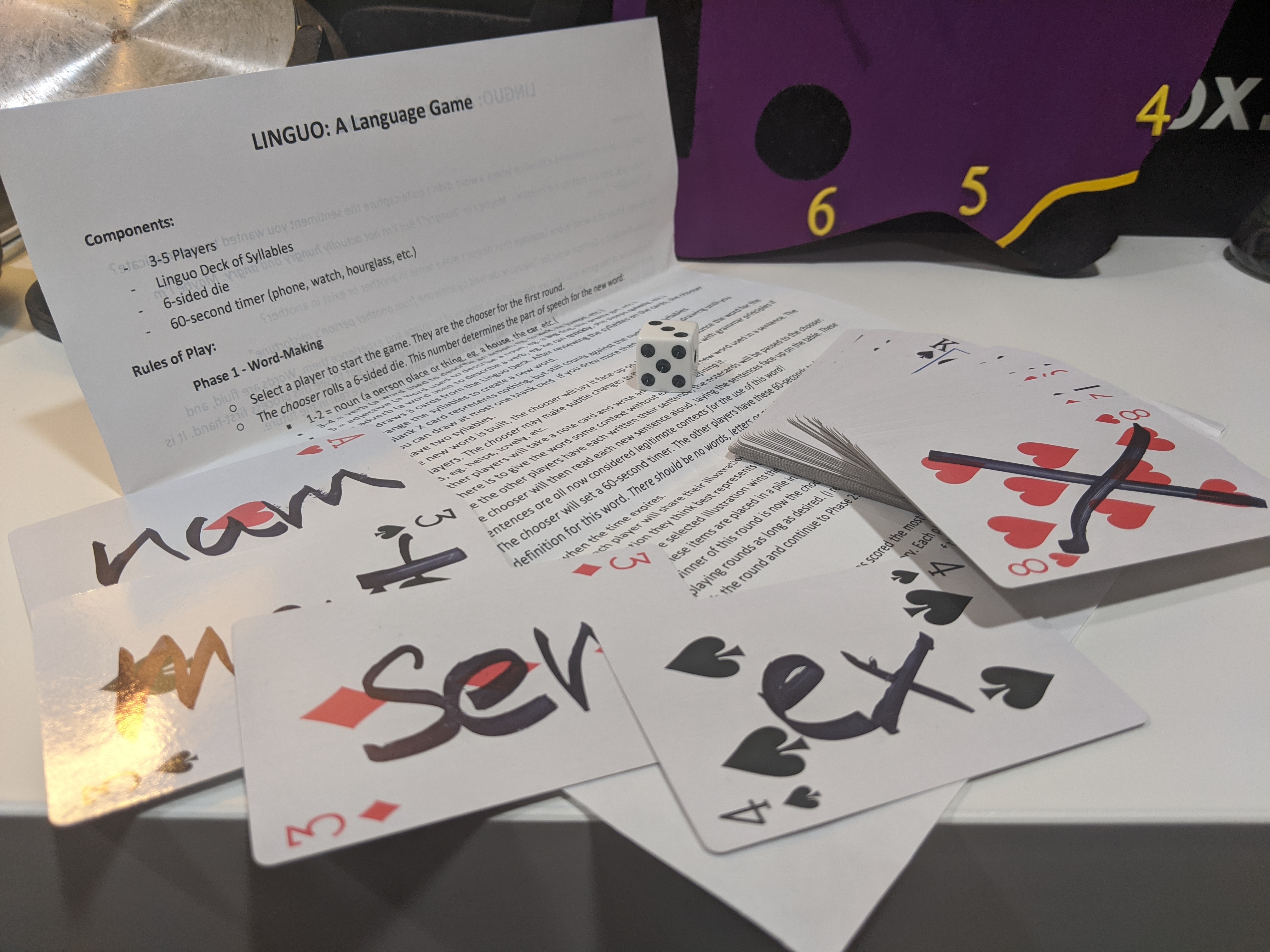 LINGUO: A Language Game is a prototype language-building party game where players construct new words and assign meaning to those words.

Have you ever encountered a situation where a word didn’t quite capture the sentiment you wanted to communicate?

Or do you know of a word in one language that doesn’t make sense or exist in another?

Schadenfreude is a German word for “pleasure derived by someone from another person's misfortune".

The purpose of this game is to capture these unique aspects of language and experience them. Words are fluid, and their meaning changes over time based on cultural impacts. By playing Linguo, you get to see this process first-hand. It is likely that unique and interesting words are created that could very well become more real in the future.

You will find the instructions for playing the game below.

A blank X card represents nothing, but still counts against the number of syllables.

You can draw at most one blank card. If you draw more than one, continue drawing until you have two syllables.

This game contains several game elements that are found in many other games: