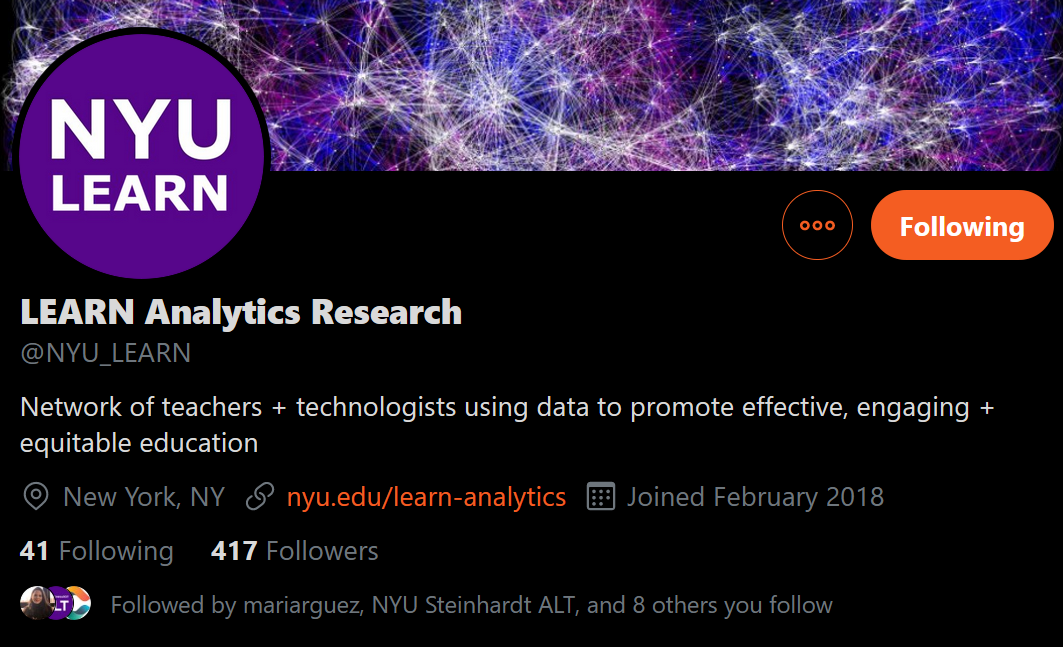 NYU LEARN (or New York Univeristy Learning Analytics Research Network) is an organization of faculty, researchers, and students that have come together with the goal of pushing the field of Learning Analytics to support educational objectives. During the novel coronavirus and COVID-19 pandemic, priorities shifted dramatically when all our courses were quickly transitioned online to support social distancing. This transition happened so quickly that many educational environments struggled to adapt to the new context. NYU LEARN became interested and prepared an IRB-approved research study to better understand the student experience during this transition. The result was a survey to be distributed widely to college students to get their feedback.

The challenge here is that surveys are not especially motivating to complete. Without providing an incentive, getting responses becomes an issue. NYU LEARN coordinated a small team of faculty and students to brainstorm, design, and distribute marketing material online.

We started with a discussion to understand the problem space. This included looking into the different platforms, considering their affordances, and deciding a creative direction. We settled on Twitter, Instagram, and Reddit, because the survey itself was mostly easily completed while sitting at the computer. Other platforms (eg. Snapchat, TikTok) encourage people to access them on their mobile devices, which we believed would make them even less inclined to complete the survey.

After digging into our understanding of the platforms, we began creating example content that we believe would be effective on each. An aspect that we came to realize during the process was that each item need a "call to action" in order to encourage users to access and complete the survey. I played a prominent role in producing the artifacts for Twitter and Reddit, and those are included below.

For Twitter, we wanted to find something that was a single image, would catch your attention, and would encourage you to complete the survey. We reached out to a popular online comic artist by the name of SrGrafo that was happy to help us with our goal.

We shared our objectives with SrGrafo, and he provided us with Version 1 of the comic. After discussing this first iteration, we decided that it was pretty good, but could use a few tweaks. To add a bit of humor, we added the censored expletive, because we felt that it was the easiest way to implicitly encapsulate many feelings towards the state of things. We also wanted to have our "call to action" more clear by changing "check it" to "make your voice heard". To facilitate sharing, we also included the website for the survey.

After our feedback, SrGrafo provided Version 2, which was getting us closer to our objective. The tweak was adding "university kids" to communicate that our message was for those that were currently attending university. We discussed the tone of the message and found it to align well with the tone of the rest of the comic as well as SrGrafo's other comics.

In Version 3, we made a small tweak to size of the survey link to better use the space and make it easier to see.

For Reddit, we chose to design a template that represents the interactions of a Zoom call. We used the different mascots for each university to provide an aspect of identity for when we distribute. This template would also make it easy to swap out mascots, backgrounds, or text as we needed.